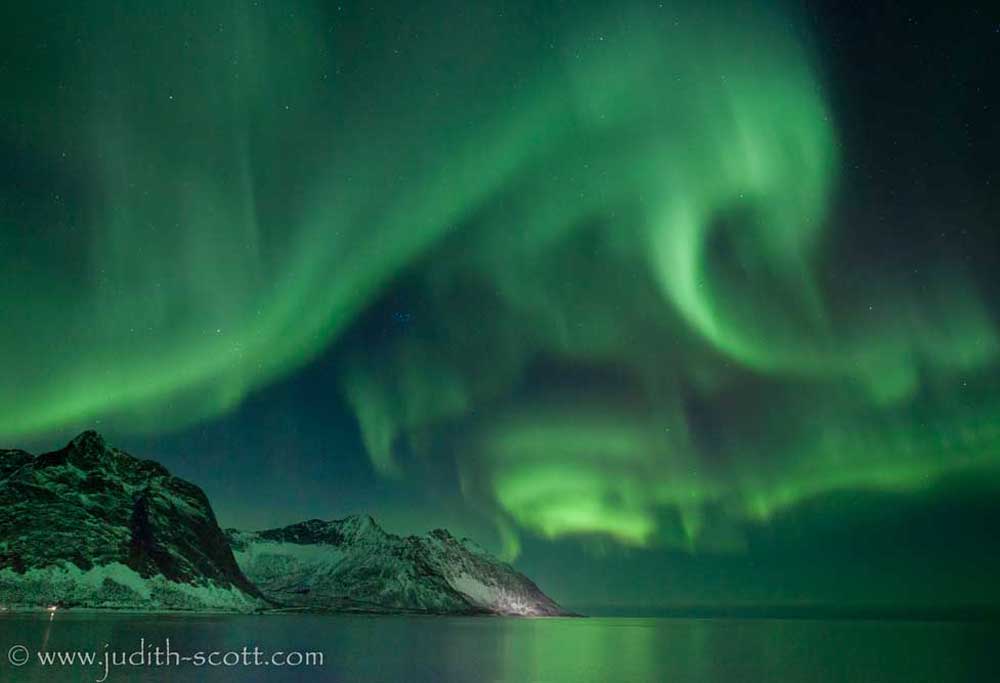 It has become a ‘bucket list’ desire to see the aurora however it is not always easy to see them. The first thing you need is clear skies, which is certainly not guaranteed in the Arctic in winter. If you are lucky enough to see the lights do remember that long exposure digital photography has helped to make them look brighter in photographs than they appear to your eyes, however seeing the dancing lights has to be one of the natural wonders of the world!

I have been lucky enough to photograph them in both Norway and Iceland. 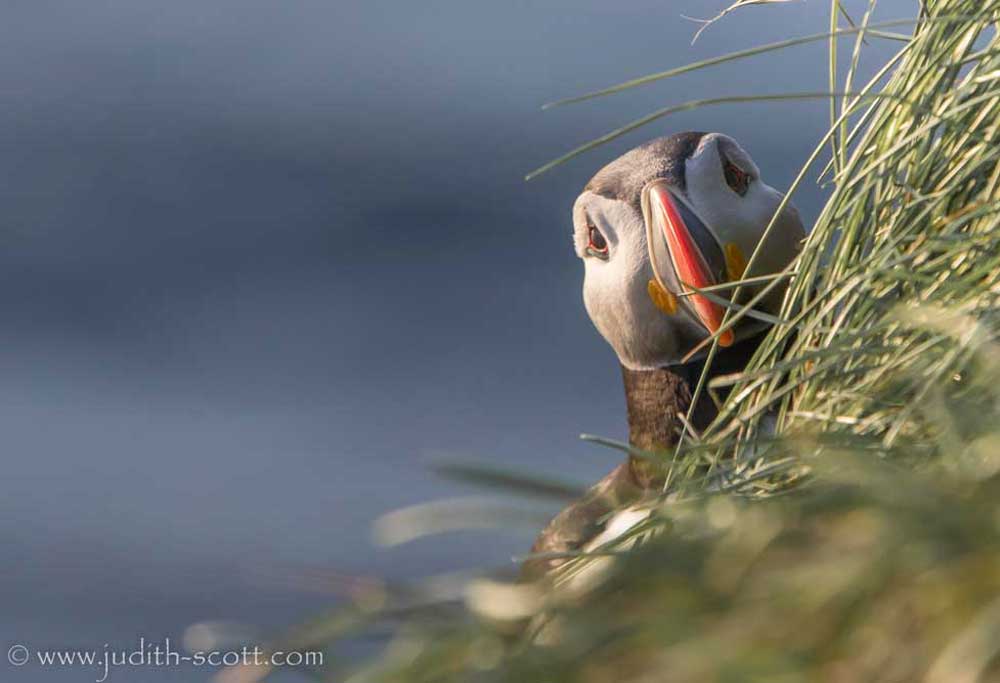 The distinctive breeding colouration of the Atlantic puffin makes this bird one of the most photographed in the world and it is difficult to try and capture a ‘new’ image of them. However, they are so photogenic that when you spend time with them, among the thousands of photos you can’t help but take, something different catches your eye.

Atlantic puffins are now considered ‘vulnerable’ on the IUCN endangered species list as their numbers are in decline. For this reason I work hard in Iceland to try and stop the puffin hunting there for food. Please don’t eat puffin if you visit Iceland. 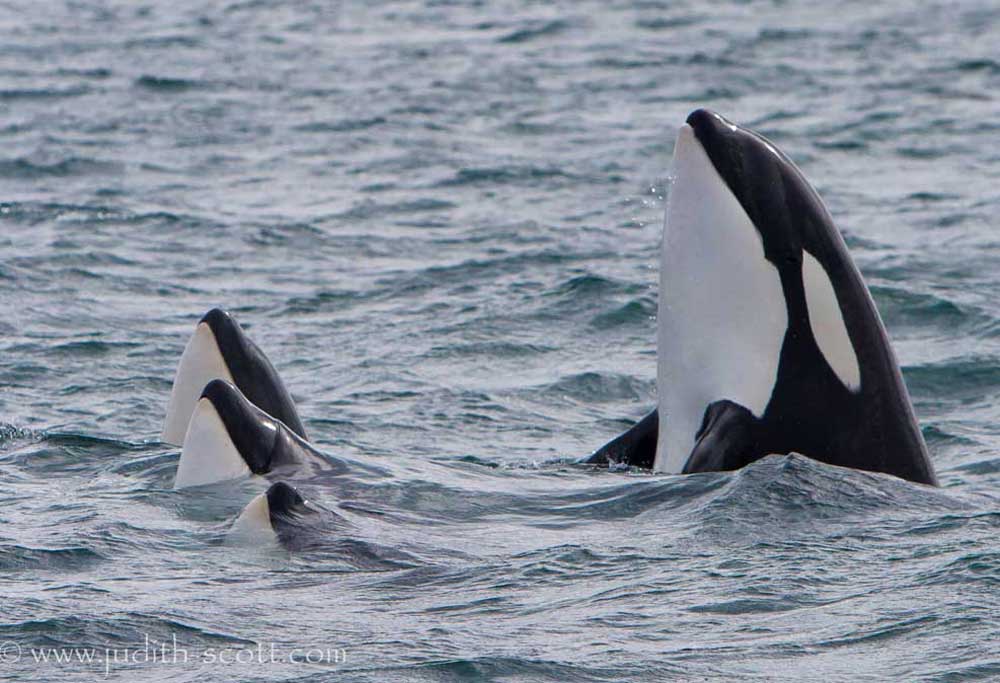 The enigmatic killer whale is one of the most desirable animals to see. The undisputed top predator of the ocean, these complex, intelligent and beautiful animals need to be seen in the ocean and not in tanks.

For the last six years I have been lucky enough to work for Láki Tours in west Iceland, the only whale watch in Iceland that sees orcas regularly. The orcas are mostly there in the spring and early summer feeding on herring.

I have also seen orcas in many other places, Monterey, California also being a great place to see them. 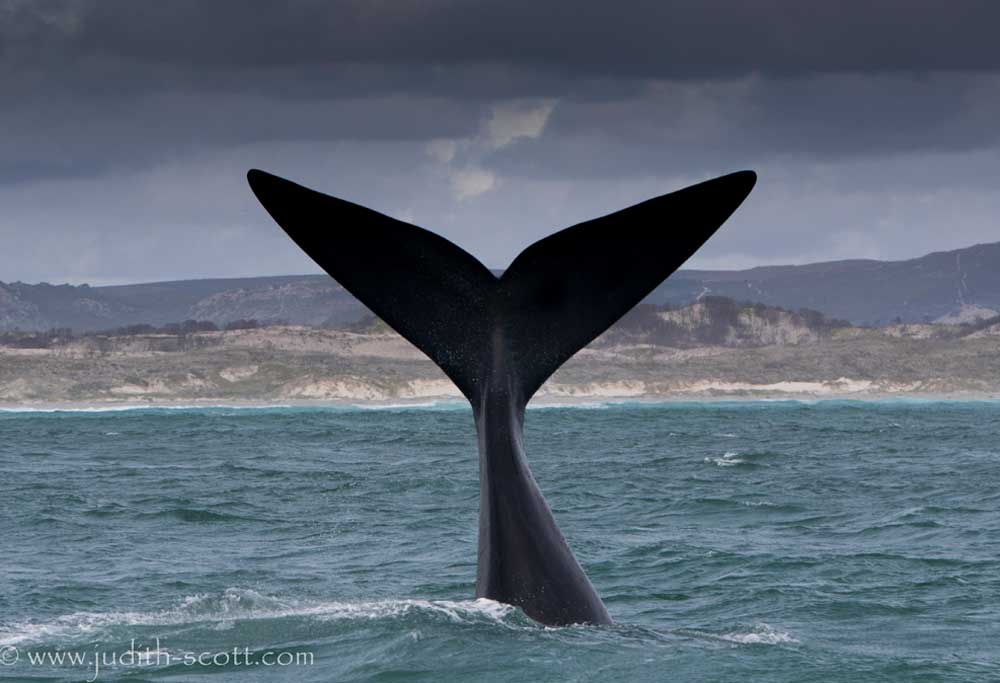 There are three species of right whale. The two in the northern hemisphere have never recovered from whaling and number just a few hundred individuals. Given their common name because they were the ‘right’ whale to hunt sealed their fate. They are slow moving, live close to shore and float when dead.

At one time we would have been able to watch thousands of right whales off the coast of Europe, but sadly none remain.

Luckily the southern hemisphere right whales are slowly recovering and I have worked for Dyer Island Cruises in South Africa with them. Southern right whales spend the summer months in the sub-Antarctic feeding and then come close to the South African coast in winter to breed. This area is famous not only for boat-based whale watching, but also land-based as they come so close to shore. 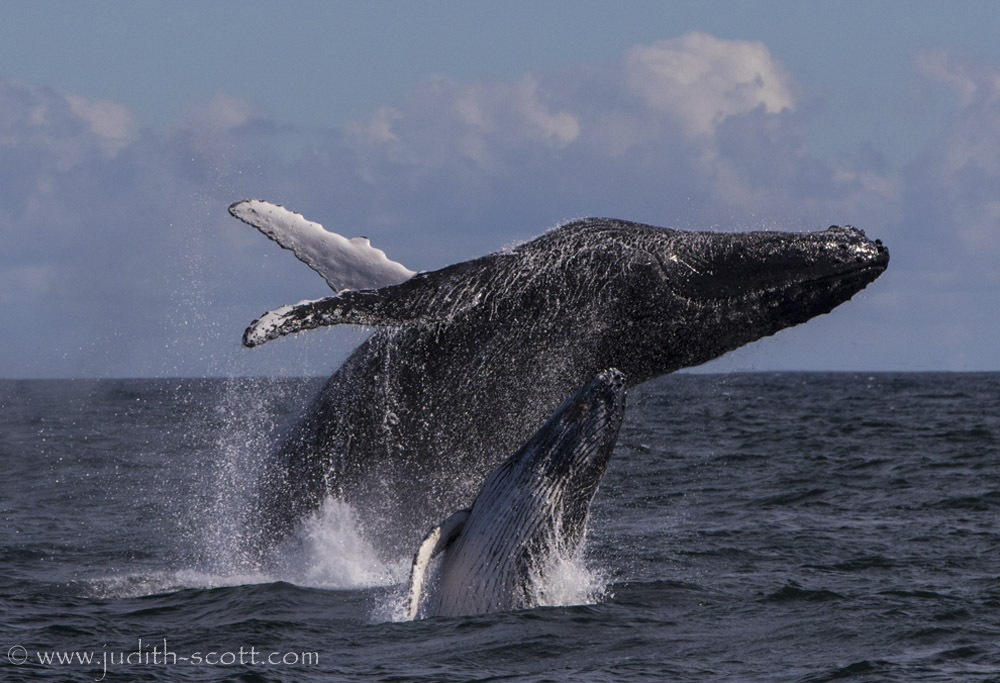 Herman Melville described humpbacks as “the most gamesome and light-hearted of all the whales, making more gay foam and white water than any other of them”. Famous for the variety of incredible surface behaviours and feeding styles humpbacks are probably the favourite species of many whale watchers around the world. A big conservation success story, humpbacks have been greatly increasing in number in recent years, and I have been lucky enough to watch them all over the world.

Whale watched in both feeding and breeding grounds, humpbacks reward whale watchers so often with their behaviours. If you are going whale watching, be careful which area you visit as in many places humpbacks could be considered too whale watched. I work in Hólmavík, Westfjords Iceland where we are the only boat with the whales. Much better for you and for the whales! 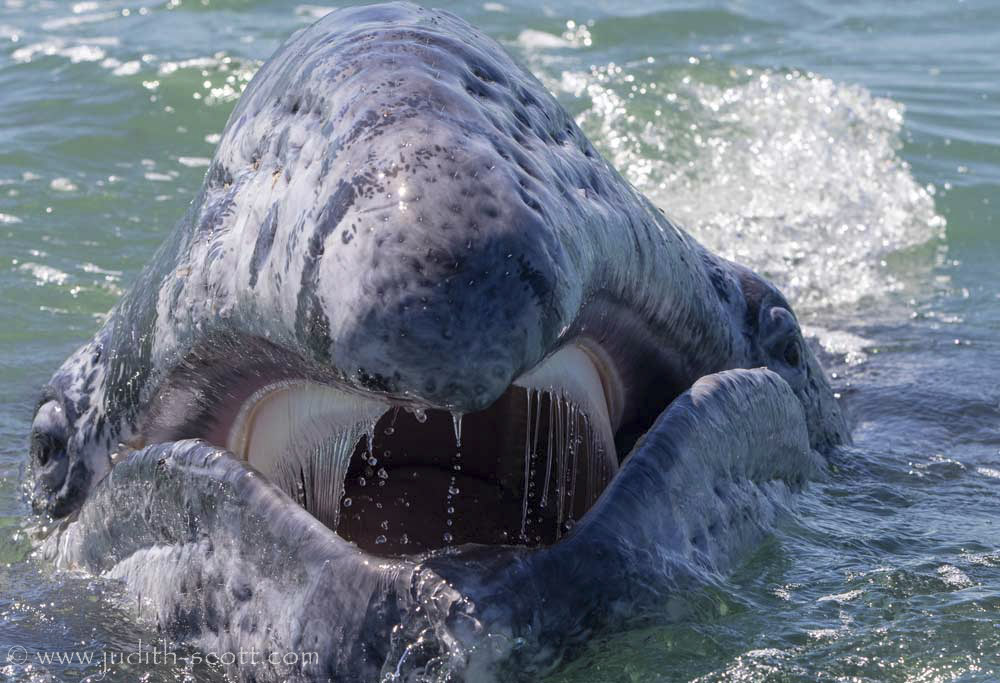 Gray whales, once known as ‘devil fish’ due to the number of whalers they killed, have now become the most curious and ‘friendly’ whales in the world, but only in one very special area; Baja California sur. During the 1970s in the breeding grounds off the coast of Mexico (after receiving international protection in the 30s) gray whales started to approach and interact with Mexican fishermen in their panga boats. At first terrified, the fishermen eventually realised the whales meant no harm and one touched a whale. Although 99.9% of the time it is terrible to ever have anyone touch a wild animal, this has to be the exception as you cannot MAKE whales approach boats. They do it at their own choosing and this experience of touching and looking into the eye of a wild whale is completely transformative and life-changing.

I work for Whale Magic Tours in Laguna Ojo de Liebre and if you ever want to ‘meet’ a whale, this is the place for you. 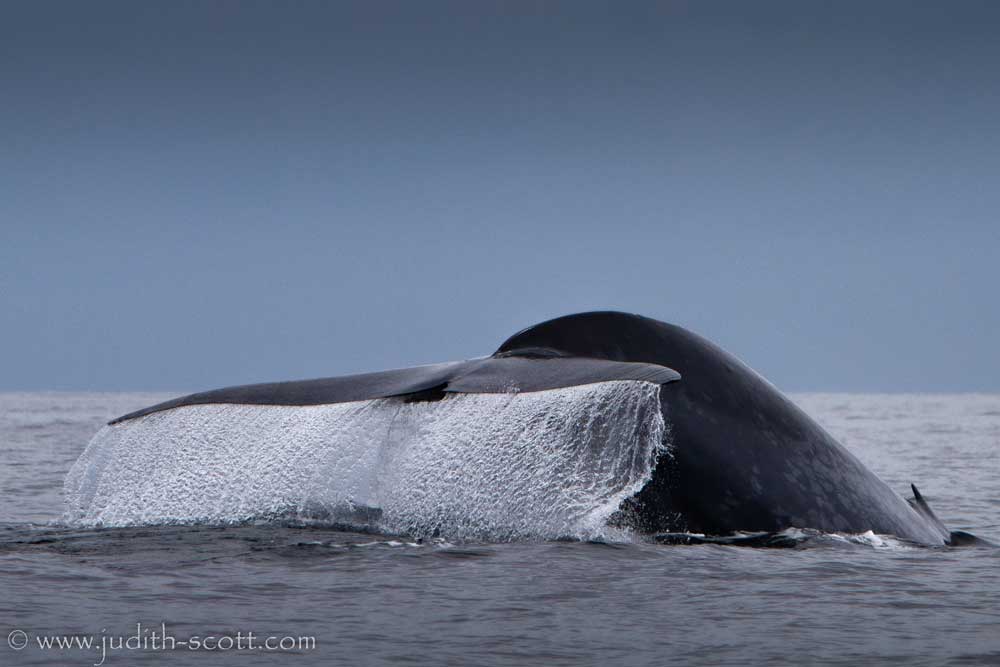 One question I so often get asked is ‘have you seen a blue whale?’. The answer is yes, many as I have done thousands of whale watches. However you can never get bored of seeing the largest animal on the planet.

Blue whales were so nearly wiped out by our crazy greed. In the non industrial days of whaling they were too fast to be caught and only started to be hunted once we invented fast ships and exploding harpoons. Once whalers could hunt blue whales they were relentless as of course being the biggest they were the most desirable to hunt. Despite their numbers dropping massively, whalers fought hard to prevent them from being protected, even though they knew numbers were precipitously low.

Finally in 1967 blue whales were protected, but this was already almost too late for some populations.

They remain endangered today and the huge blue whales that roamed the Southern ocean, around Antarctica are still not showing strong signs of recovery.

Luckily in some places they are slowly returning and I have seen blue whales off Azores, Iceland, Australia, California, Massachusetts, Sri Lanka and Mexico.